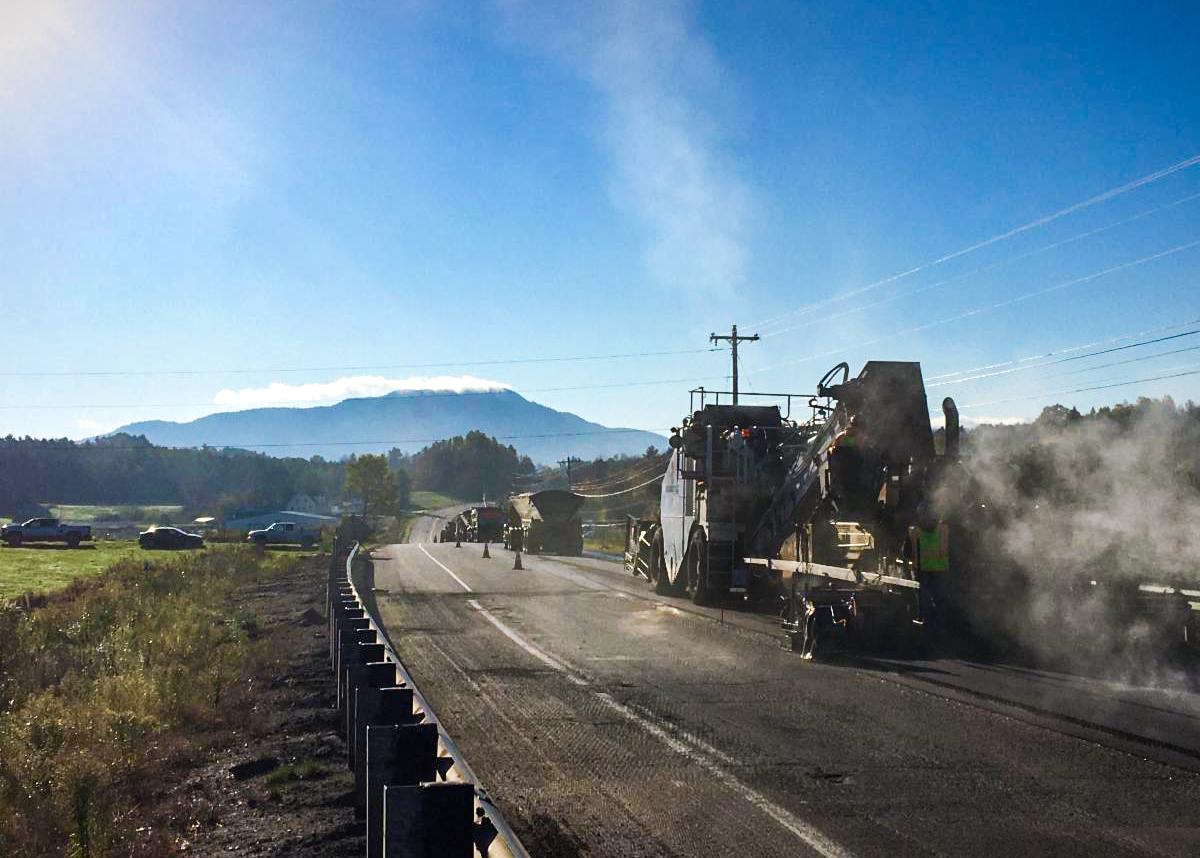 This weekly report is a list of planned construction activities that will have traffic impacts on state highways throughout Vermont. Please remember to drive safely in all work zones. Lives depend on it.

I-89 Berlin – The bridge deck replacement project nears completion. Expect lane reductions in the Northbound and Southbound travel lanes. Motorists should be aware of a work zone speed reduction.

I-89 Middlesex – A culvert project is underway. Most work will occur off the roadway, but motorists should expect shoulder closures, reduced speeds, and occasional lane closures between 9:00 a.m. and 3:00 p.m. to allow for construction vehicles in/out of the work area.

I-89 Sharon – A bridge rehabilitation project continues. Northbound and Southbound traffic are reduced to one lane in each direction. Motorists; be aware of a work zone speed reduction.

I-89 White River Junction – Our partners at NHDOT are working on a multi-year bridge replacement project on I-89 over the Connecticut River. Motorists should expect lane and speed reductions over the bridge.

I-91 Hartford – Motorists will encounter continuous lane closures on I-91 in both directions between Exits 12 and 11 as bridge repair operations continue.

I-91 Weathersfield – A bridge deck replacement project is underway at Exit 8 over VT 131. Traffic is reduced to one lane in each direction, with a speed reduction in place.

Beginning Wednesday, 10/27, motorists can expect significant delays along US 7/Shelburne Street. There will be periods when traffic is stopped along this route up to three times each weekday between 9 a.m. and 3 p.m.

Burlington Waterfront - The AMTRAK/Greenway project continues. One way alternating traffic will be required on King Street at the rail crossing. Access to the public parking lot will be maintained at all times.

Castleton – Motorists will encounter lane closures with alternating traffic at the intersection of VT 30 and VT 4A for a sidewalk construction project.

Cavendish – Weathersfield – A roadway reclaim project nears completion on VT 131. Motorists should expect alternating one-way traffic in the vicinity of multiple operations. Plan on reduced speeds and some delays.

Chester – Springfield – Multiple bridge replacement projects are underway on VT 11 between VT 103 in Chester and VT 106 in Springfield. Expect one-way alternating traffic at multiple points along this route, with minor delays in several locations.

North Hero – Grand Isle – Drawbridge construction continues along U.S. 2. A speed reduction is in place. Mariners: The drawbridge has suspended its daily operating schedule until May 15, 2022. To request an opening or to communicate with the bridge tender, please use Channel 13 or call 802-372-4360.

Plymouth – A multi-week closure of VT-100 between U.S. 4 and VT 100A has been extended to late November. Traffic continues to be rerouted from the south side to VT 100A and from the north side to U.S. 4. Through-traffic is not permitted.

Plymouth – Bridgewater – A paving project is wrapping up along VT 100A. Motorists should still expect some areas of one-way alternating traffic as crews work on project cleanup.

Proctor – The North Street bridge project is wrapping up. A short-term closure of North Street will be in place mid-week for two days; a local detour will be in effect. One-way alternating traffic will be required throughout the rest of the week.

Richford – A bridge replacement project is underway along VT 105 approximately one mile south of its intersection with Main Street and River Street. Motorists should expect one-way alternating traffic with minimal delays.

Ripton - A roadway and streambank stabilization project on VT 125 is underway. A one-way alternating traffic pattern will be in effect in various locations throughout the project. Delays may result.

Shelburne – So. Burlington – A series of signal improvements continues along U.S. 7 at intersections between McIntosh Avenue and Swift Street. Motorists should expect nighttime lane closures in the areas of operation.

Williston – Due to the closure of Muddy Brook Bridge on Kimball/Marshall Avenue, motorists on U.S. 2 will see an increase in traffic interruptions and should expect extended delays during peak commute hours in the morning and evening. Plan on extra travel time through the area.

Motorists will also encounter a temporary detour along U.S 2 near its intersection with Industrial Avenue as crews work on grading and paving. Expect one-way alternating traffic in the area on Thursday, 10/28 for nightwork from 7 p.m. – 6 a.m.

Woodford – A ledge stabilization project continues on VT 9. Eastbound traffic is reduced to one lane; a lane shift for westbound traffic is in place through November. A speed reduction is also in effect. Brief periods of flagged traffic will be required to allow trucks in/out of the construction zone. Expect minor delays.