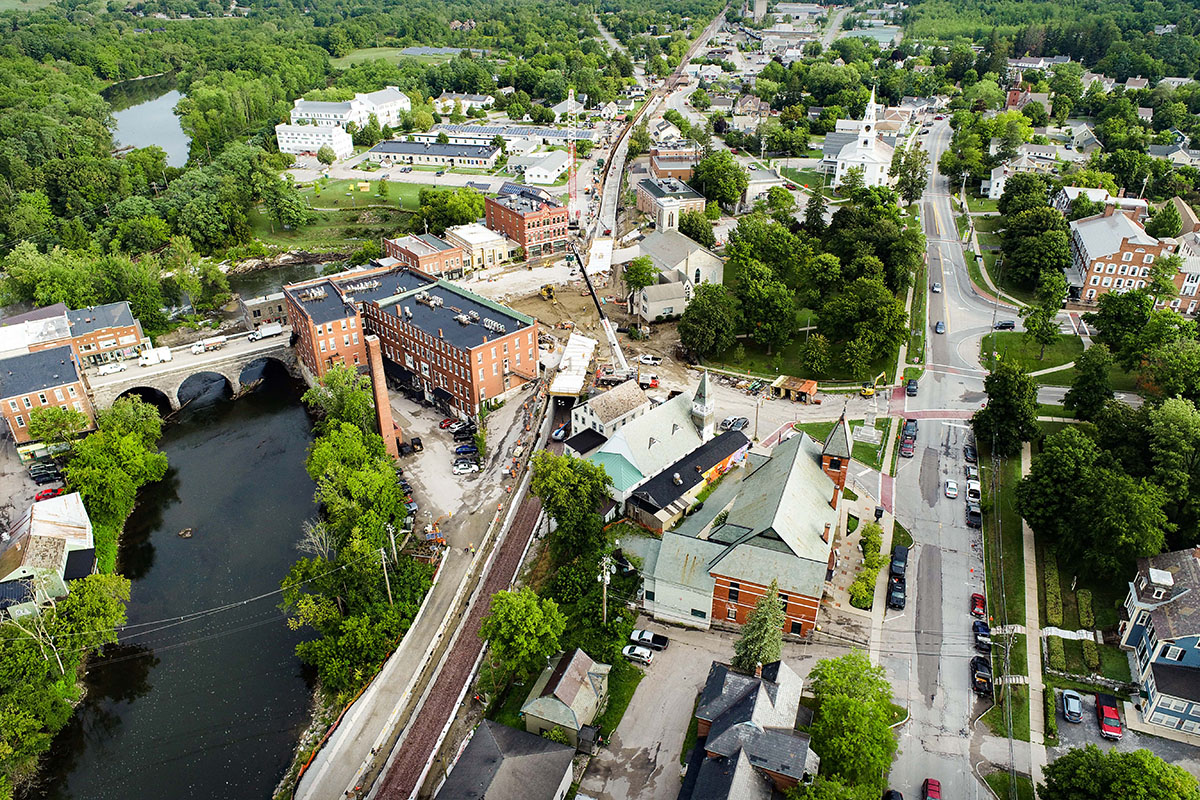 VTrans took this drone shot of Middlebury's downtown core under construction, flanked by Otter Creek. What a summer 2020 was!

The Vermont Agency of Transportation (AOT), in collaboration with the Town of Middlebury, replaced two nearly 100-year old rail bridges in the center of Middlebury with a tunnel in the summer of 2020. The 360-foot tunnel that replaced the Main Street and Merchants Row bridges addresses several deficiencies. The tunnel provides vertical clearance for double-stack rail cars. By lowering the rail bed approximately 4', clearance has increased to 21' without impacting the grade of the road and sidewalks above. The tunnel provides improved rail alignment, softening the rail curve to allow better horizontal clearance for trains. The project includes drainage improvements, mitigating the risk of icing problems as well as ponding that occurred historically. 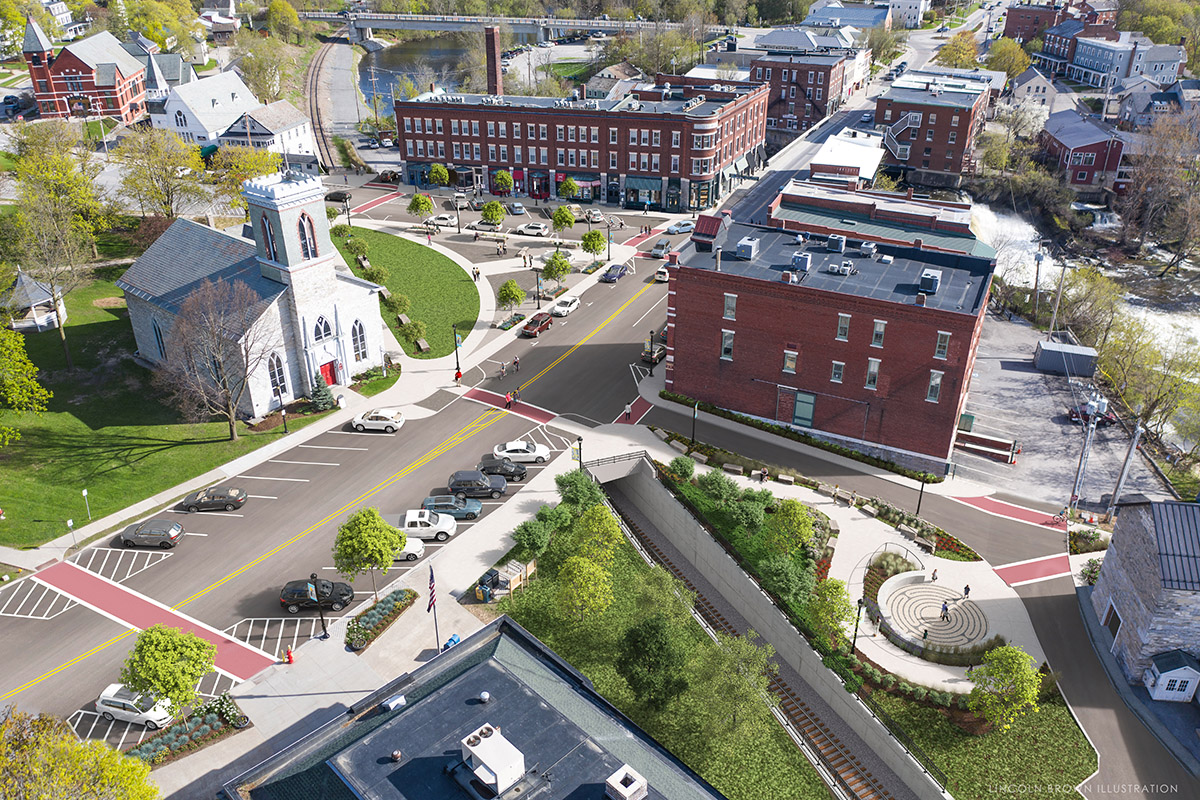 This rendering shows the final plan for downtown Middlebury. Significantly expanding Triangle Park (next to the church) updates the town's green space for community gatherings. Printer's Alley will be a rebuilt gateway between Main Street and Marble Works. The labyrinth in the lower right is where the new Lazarus Park will be. 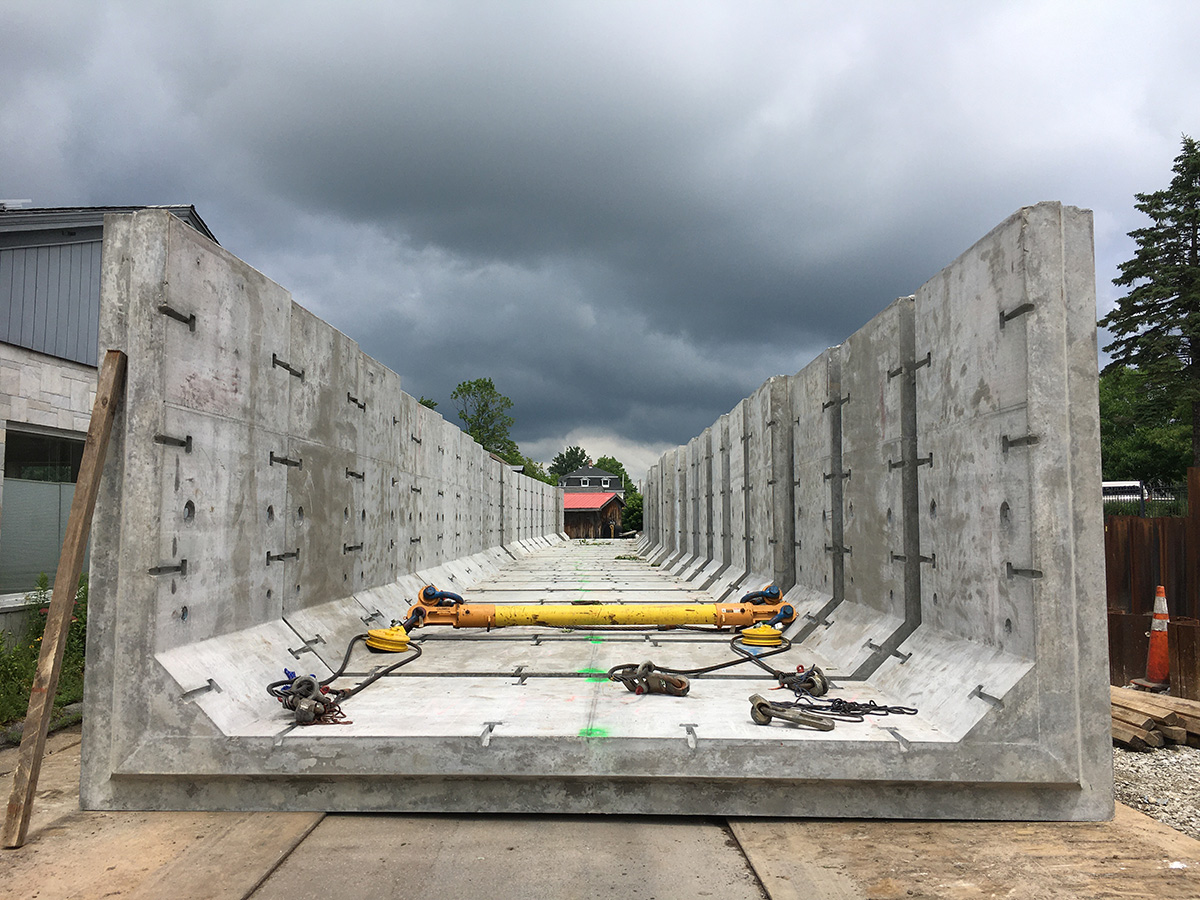 The new rail tunnel is made of 422 pieces of precast concrete U-walls. The average tunnel piece weighs about 40 tons.

The two bridges were about 300 feet apart, with one located on Main Street/VT 30 and the other on Merchants Row. For over 25 years, AOT bridge inspection reports documented ongoing deterioration of both bridges. Concrete cracking, delamination, and spalling had degraded all bridge components. Embedded steel reinforcement was rusted and exposed. There was leakage through the deck and full depth holes on the Merchants Row sidewalk, requiring patching.

In the spring of 2017, AOT became increasingly concerned about the deteriorated condition of the sidewalks and concrete that fell onto the railroad tracks. A sudden, unplanned emergency resulted in downtown Middlebury road closures for several months. The Agency decided to replace  both bridges with temporary bridges in the summer of 2017, until permanent structures were built. Both the Main Street and Merchants Row bridges were demolished and travel was restored within four weeks. 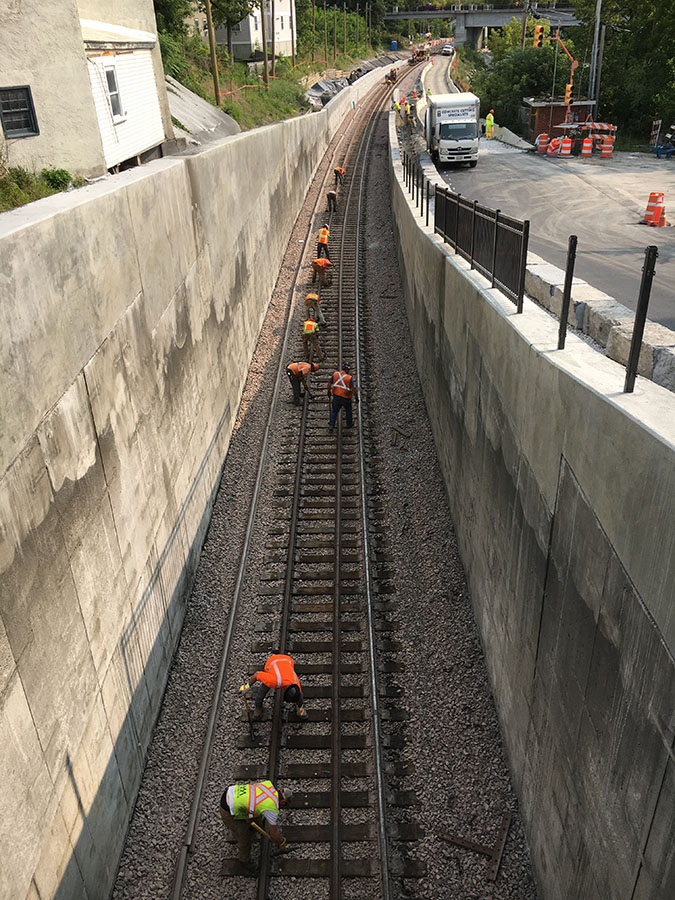 Workers put the finishing touches on the rail corridor, preparing to reopen in September 2020 for Vermont Rail's freight traffic. 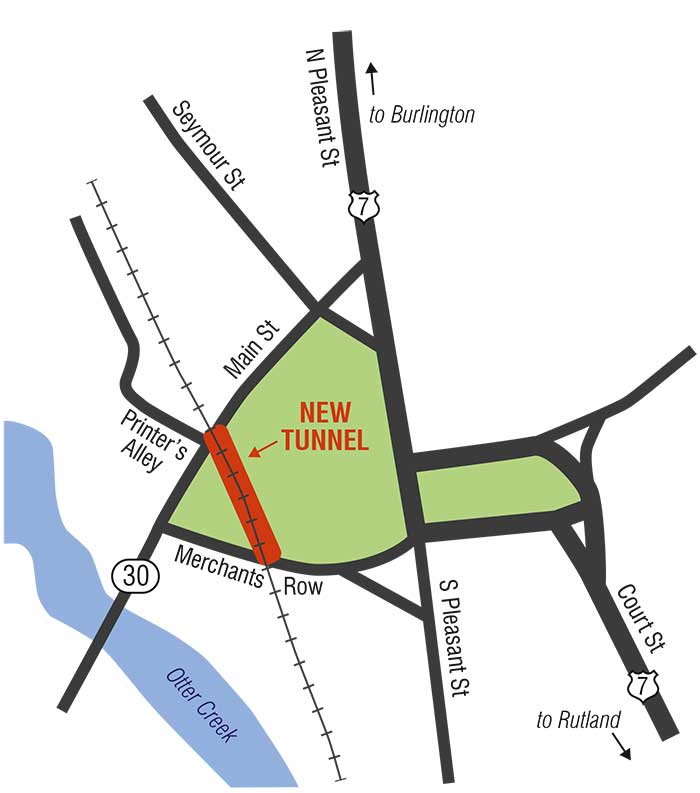 The replacement of the bridges with a tunnel is a notable engineering and design feat within Vermont. After three years of construction, Middlebury stakeholders celebrated the process. Although the major 10-week closure is completed, the team will continue work task into 2021.

Many considerations shaped the planning and design of the project. The design team balanced community needs and development character, local and regional mobility, construction feasibility – all while keeping the rail line active, except during the closure period. Communities along the line depend on rail for deliveries of various commodities.

Among (though not all!) the items the project team has focused on are:

Replacing the rail bridges with a tunnel received broad support at public meetings and was endorsed by the Middlebury Town Selectboard. The tunnel changes the town landscape by overlaying the depressed, walled rail bed with green space that links Triangle Park with the Village Green in the heart of downtown. 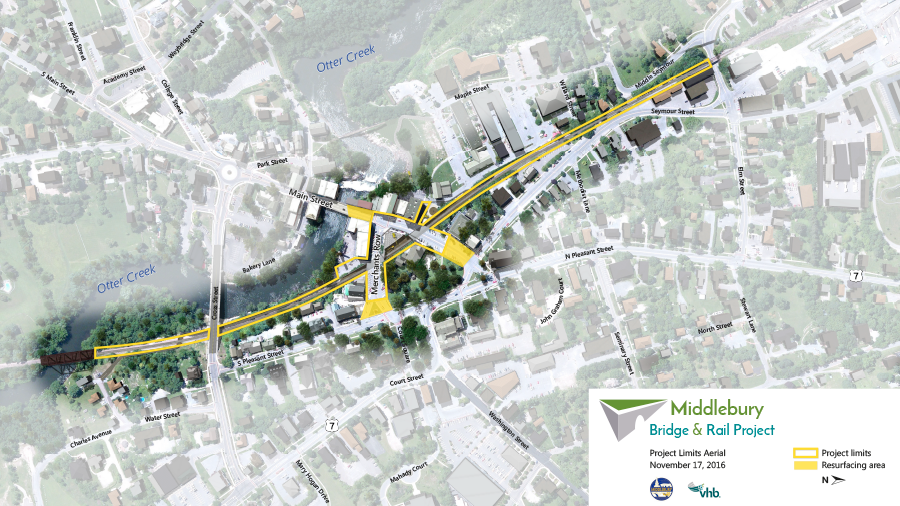 The Middlebury Bridge & Rail Project Team wants to thank everyone who completed the survey. To view the results, please click here.